Eriophyid mites account for a large percentage of cannabis pest infestations and have become a huge problem for cannabis growers. The term “mite” encompasses thousands of different arthropod species, but the three most common types of eriophyid mites that attack cannabis are broad mites, russet mites, and cyclamen mites.

Broad mites can be so difficult to diagnose as you rarely see any signs of these bugs on cannabis. Symptoms of broad mite infestation are commonly misdiagnosed and often confused for overwatering, heat stress, nutrient deficiency, or a pH imbalance.

Russet mites are among the most understudied cannabis bugs. They’re so tiny and elusive, you often won’t see them until you have a full infestation. In big enough numbers they appear as a yellowish mass, with symptoms more prominent towards the top of the cannabis plants. Cyclamen mites are pretty much like broad mites although they are slightly bigger and move a lot slower. They’re usually yellowish and transparent and have a more waxy body. Cyclamen mites like to hide in buds or tips of new growth. They avoid light and prefer high humidity and cool temperatures. Fungus gnats are small flies that infest soil, potting mix and other container media. They also thrive in other sources of organic decomposition. Their larvae primarily feed on fungi and organic matter in the soil, but will also attack plants when their primary food source runs out.

While thrips can be really tiny cannabis pests, they can still be spotted by the naked eye. Some may have wings and some may not. Thrips reproduce rapidly, especially in tight places. That is what makes them hard to get rid of. If left untreated, thrips will kill cannabis plants. Root aphids can be a pain in the neck for cannabis growers. These obnoxious pests destroy cannabis crops by sucking on the roots and leaving an enzyme that causes lesions that are not able to heal. As a result, nutrients from the roots are leached, leaves wilt, and overall plant growth is stunted. Whiteflies can give both commercial growers and hobbyists a huge headache. These marijuana pests appear in big numbers but are not very hard to get rid of. Whiteflies can cause damage by sucking sap from cannabis plants and may also carry viruses that cause disease. Symphylids are very deadly to cannabis plants because they burrow down into the soil and cause extensive damage by feeding on the roots. They are found mostly in soil composites that have not been cleaned, like soil that has additives in them such as animal manure. Caterpillars represent the larva stage in the life cycle of over 175,000 moth and butterfly species. The majority of these soft-bodied cannabis bugs are herbivorous, save for a few that exhibit carnivorous and cannibalistic tendencies. Caterpillars are mostly nocturnal feeders. Mode of action in organic cannabis pest control using insecticides is just the manner by which the insecticide kills the pest. Neurotoxins kill by attacking the nervous system of the insect, whereas things like pyrethrins are a quick kill knockdown spray that will annihilate just about any insect it touches. Biological insecticides work by using bacteria or fungi to attack the cannabis bugs in some way, whether it be a neurotoxin disruptor or a fungi that grows from the inside out of the cannabis bugs.

Common soil borne pests and bugs seen in cannabis production are root aphids and fungus gnats. These can both be controlled with nematodes, biological insecticides, BTI, and beneficial insects. Typically a combination of these used in rotation will give the best results as marijuana bugs can build up resistance to some forms of insecticides used in organic cannabis pest control.

Some of the most damaging bugs can be leaf-borne. In the marijuana industry, the two-spotted spider mite has been the most common cannabis leaf dwelling pest bug. In past years when chemical insecticides were used, the spider mites would evolve to be able to live no matter how many applications were used. These mites were dubbed “super mites”. In as little as 3 or 4 generations, growers began to notice that the spider mites were resistant to the chemical sprays no matter how often they were used.

Jump forward a few years, broad mites, russet mites, and cyclamen mites became the new cannabis pest bugs that were devastating marijuana crops within weeks. Once they got in and started to multiply, they were nearly impossible to get rid of using traditional cannabis pest control methods. Now, there are many different types of organic cannabis pest control products on the market that can eradicate these hard to deal with cannabis pests.

Outdoors, white flies, different types of mites, caterpillars, aphids, grasshoppers, etc. are all issues for today’s marijuana farmers. With industry-wide testing becoming the norm, controlling these leaf dwelling pests with natural, Oregon-approved organic cannabis pest control products has become a must to stay in business. Regardless of the mode of action chosen, there are many choices when it comes to leaf-borne cannabis bugs.

Studies have shown that marijuana plant health plays a major role in the defense against cannabis pests and bug outbreaks. Marijuana pests will seek crops or single plants that are easier to attack because of deficiencies or stresses. The healthier the plant, the more bugs find them to not be as edible and tasty. That’s how you can see a field ravaged by disease or bugs next to a field that is almost totally untouched. For this reason, optimum plant health is a crucial factor in a holistic organic cannabis pest control program.

Most major organic and natural pesticide products do not allow for a  build-up of resistance by its target cannabis bugs. The mode of actions are not those of chemical products where after only a few generations, the target pest bugs are immune to said product. With smothering, neurotoxic killing, fungal spore and bacterial growth in cannabis insects, resistance is much less of an issue with organic cannabis pest control than with traditional chemical treatments.

Choosing the proper organic cannabis pest control products for your particular situation is vital to a clean and healthy crop. While making sure to follow Oregon cannabis OLCC mandated testing and marijuana labeling laws, it is now possible to eradicate cannabis pests and bug populations with natural insecticides and fungicides.

Ant & Garden Organic Pest Control in Beaverton, Oregon has what it takes to tackle your marijuana pest problem head-on using only organic cannabis pest control methods. We have all the knowledge, skills and equipment to ensure your cannabis plants stay healthy and pest-free all year round!

Ryan Smith of ANT & GARDEN ORGANIC PEST CONTROL in Beaverton is the most trusted and reliable pest control guy in Oregon, and for good reason! I care about helping my clients as though they’re members of my own family. Whether you’re in need of urgent treatment for an existing ant pest problem or are looking for the best prevention methods for your home or business, I am committed to bringing you only the best ant and pest control Beaverton for your complete peace of mind. 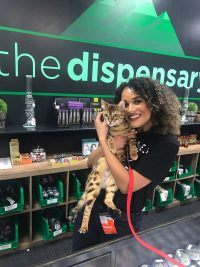 Great company! I was about to kill all my plants and shut down because of frustration with two-spotted spider mites and broad mites. So happy Ryan verified this through a Dino lite microscope at 220 x magnification. Extremely satisfied in his service, my mites died, no eggs spared. 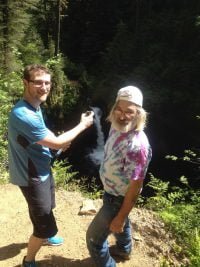 Ant & Garden Organic Pest Control deserves 10 stars saved me from bankruptcy. I had root aphids in my indoor garden there’s nobody that knows how to kill them and has posted it on the internet. Ryan has dealt with them before and knew exactly which olcc approved products to buy and how to prevent reinfestation. I just harvested my first pest free crop in years! I am now going with his maintenance sprays 1 time a week Ryan has all the best lab grade equipment and knowledge. Easier to let him focus on my pests my time can be spent growing bumper crops of exceptional quality. This harvest I yielded 50% more than normal and sold everything I grew for 30% more than last time. Not only are my pests gone but Ryan’s service made me money. 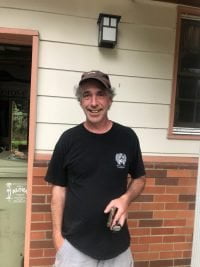 The commercial-grade soil baggage compost I used for my plants has root aphids. I had to reach out to Ryan of Ant & Garden Organic Pest Control for assistance. The last three months have been quite pleasing as the destructive aphids were gone. Ryan was reliable, providing a constant level of quality with strong results. You can’t beat the peace of mind he offers. I had my first harvest smoothly with his maintenance spraying. We yielded over 2 grams a watt, nearly double our personal best.

WE'RE HERE TO HELP YOU

YOUR SATISFACTION IS OUR PRIORITY.

Ryan, our fully-licensed master technician and pest control expert will ensure your home is completely free from ants and other pests – all year round.