For many years now, Ant & Garden Organic Pest Control in Beaverton, Oregon has successfully eradicated and prevented cyclamen mites and other cannabis bugs in quite a number of commercial and backyard grows. Ryan, our master technician even goes a step beyond in getting rid of common cannabis bugs—he also shares his secrets to yielding 200% more high-quality buds at harvest!

Keeping your cannabis grow space clean and sanitary is the first step to preventing and controlling common cannabis pests like russet mites. However, this is easier said than done as most growers are likely to encounter a pest infestation during each grow cycle.

There’ll be lots of spraying when keeping your grow space safe from russet mites so the first thing you should get is a cold-fogging atomizer. I don’t recommend using traditional pump sprayers sold at gardening stores – they don’t deliver spray formulations evenly. At the very least, get a 2 to 3 gallon 1200-watt backpack atomizer for easy handling and full spray coverage.

Besides routine spraying, you’ll also need to monitor the presence of russet mites in all life stages. Nothing does a better job at this than the Dino-Lite digital microscope that hooks up to any tablet or PC and lets you see cannabis pests really up close.

It doesn’t make a difference whether you’re growing cannabis as a hobby or for commercial purposes—keeping your grow area clean and sanitary is a major factor in preventing russet mites in weed. To ensure proper sanitation, I always treat grow rooms with my proprietary building spray to clear all mites and marijuana bugs that may be floating in the air or hidden in deep cracks and crevices of your facility. I use lemon juice and apple cider vinegar (ACV) because they are highly acidic and quite effective in killing cannabis bugs on the spot. In fact, I use my high-power, state-of-the-art Dino-Lite digital microscope to see the acid eating through their soft exoskeletons to make sure they’re eliminated.

For russet mite infestation during the cannabis vegetative phase, I recommend spraying your plants with Azadirachtin mixed with EverGreen Pyrethrum or any minimum risk, oil-based organic pesticide every 3-5 days. Why oil-based? Because oil has the same effect as dishwashing detergent has on grease and kills russet mites in all their life stages. My top picks include Organocide, IC3, Trifecta Crop Control and Ecovia 3-in-1.

Azadirachtin, on the other hand, is both an antifeedant and insect growth regulator (IGR) which means it starves russet mites and disrupts the process of metamorphosis. It will also prevent mites from breeding due to added sterilant properties. My recommended dosage is the minimum ratio of 0.5-1 ounce Azadiracthin per gallon of water throughout your treatment program.

I also want to stress the importance of rotation spraying in order to prevent any likelihood of pesticide resistance buildup. While you need to use azadiractin on every spray, switch between Organocide, IC3, Trifecta and Pyrethrum on each round.

If you were meticulous enough to spray thoroughly for full coverage, there should be no more russet mites after the 3rd spray. Otherwise, repeat the spray cycle until all bugs are gone.

Check 2x weekly for the presence of pests using the Dino-Lite digital microscope. Continue to do preventive or maintenance spraying using Azadirachtin at a mix rate of ½ oz per gallon of water until crops enter flowering stage.

NEVER SPRAY WITH THE LIGHTS ON in case you have artificial lights directly above your cannabis plants. You can spray with the lights on ONLY if you’re using fluorescent tubes or T-5 lights hanging from high above. Otherwise, it is safer to spray with the lights off as these liquid pesticide sprays are photo-sensitive. Any liquid film resting on the surface of cannabis leaves will act like a lens that amplifies heat coming from your light source. This can result to leaf burn or leaf damage.

WHEN TO CEASE SPRAYING FOR CANNABIS RUSSET MITES

Depending on the level of russet mite infestation, spraying with Azadirachtin mixed and rotated with the above-mentioned pesticides can be continued until a little after the start of the flowering phase.

Outdoor grows can opt for biological pest control such as introducing beneficial bugs such as Amblyseius andersoni, Neoseiulus californicus, Amblyseius swirskii and Amblyseius cucumeris, all of which have demonstrated amazing results at eradicating russet mite populations in outdoor cannabis grows. Other outdoor growers have also benefitted from intercropping cannabis with trap plants that are highly attractive to most common cannabis pests.

WHY PROFESSIONAL CANNABIS PEST CONTROL SERVICE IS BETTER THAN DIY

Ant & Garden Organic Pest Control procures all the best organic pest control treatments in bulk which translates to huge savings for our clients. We are also equipped with all the tools and gadgets such as cold-fogging atomizers, state-of-the art Dino-Lite digital microscopes, and the required personal protective equipment (PPEs). You’ll be paying less for our professional pest control services as it will be more expensive for you to be buying these same products, tools and gadgets yourself.

That is why it is always best to consult with an organic pest control expert like Ryan at Ant & Garden Organic Pest Control in Beaverton, Oregon to successfully eradicate or prevent a russet mite infestation in your cannabis operations. Not only will I eradicate russet mites and other cannabis pests; as an added bonus, I will also train your team on how to yield 200% more buds of higher quality per harvest! 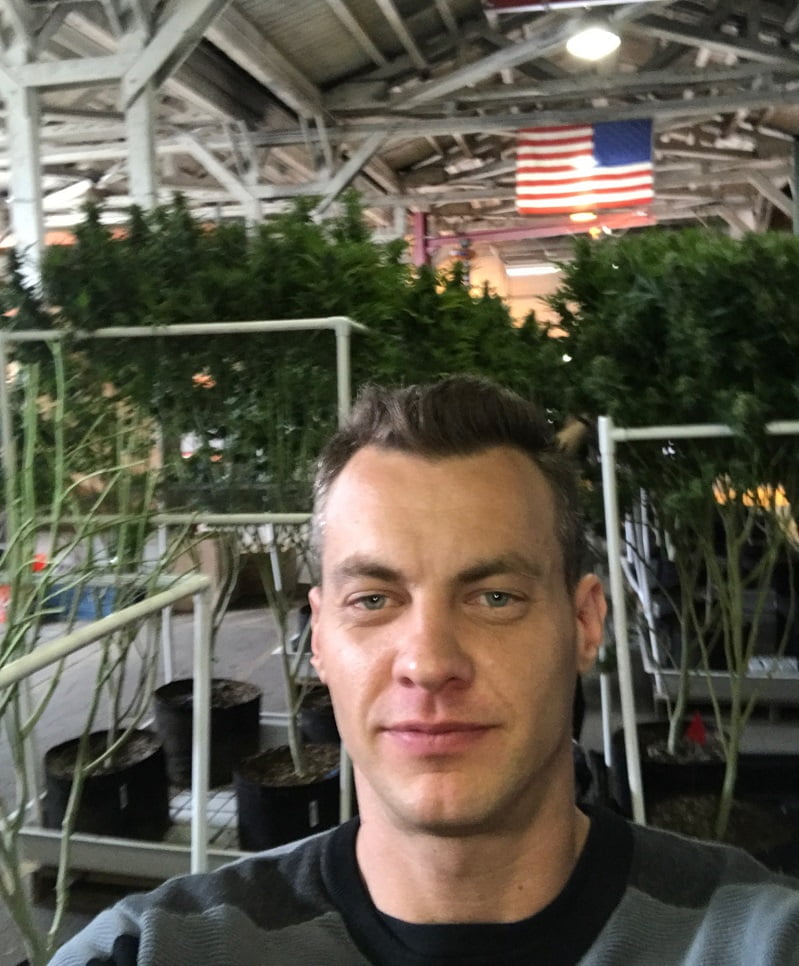 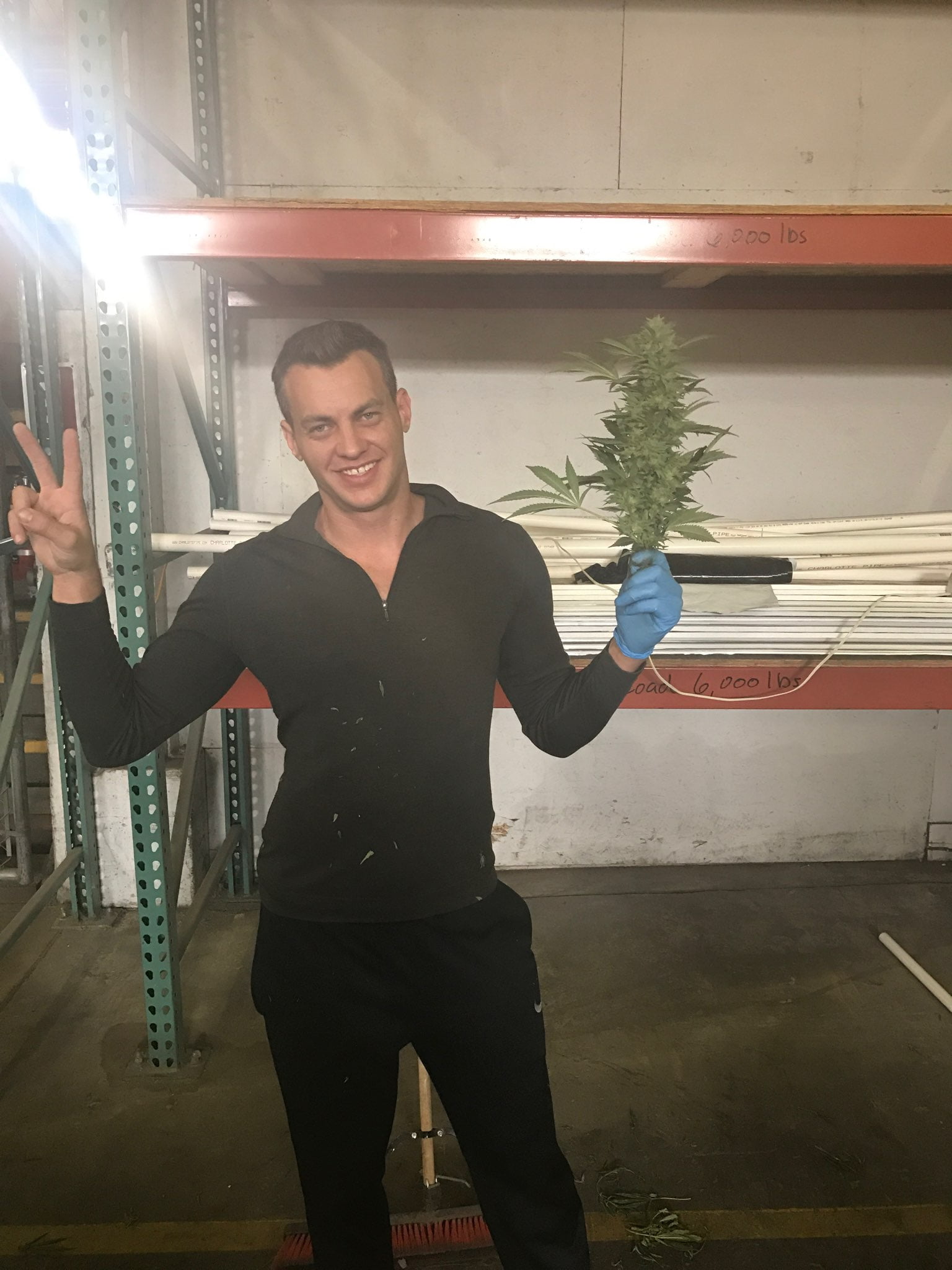 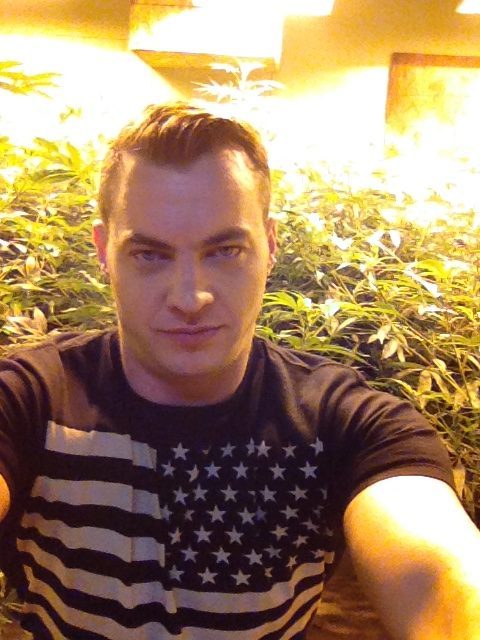 These are just some of the commercial grows from where I’ve eradicated all types of cannabis bugs through the years.

Give Ryan a call today to book a free consultation or to schedule an onsite assessment and put an end to your endless worries about broad mites and other cannabis pests!

HOW TO SPOT A RUSSET MITE INFESTATION

Many cannabis growers may not realize they have a russet mite infestation and it isn’t unusual for them to confuse the symptoms for other problems such as heat damage, overwatering, or nutrient deficiency, as well as pollen, mold, or the tobacco mosaic virus.

Because russet mites are so tiny and elusive, you often won’t see them until you have a full infestation. In big enough numbers they may appear as a beige or yellow mass, with symptoms often more prominent towards the tops of the cannabis plants. There is also noticeable drooping and curling of leaf edges. Where mites live inside plant tissue, the leaves and stems are usually dull-colored.

Damage on leaves and shoots caused by russet mites.

The brown or yellow spots caused by russet mites are often mistaken for mold, fungus or pollen. An intense russet mite infestation on cannabis plants can also be difficult to diagnose because it’s hard to see the individual bugs. Russet mites can reproduce and attack cannabis plants all year round and are most harmful in the flowering stage when buds get infested. Russet mites are among the most understudied bugs in marijuana plants. Females are about 170-210 microns, slightly bigger than their male counterparts which measure 160-165 microns. To emphasize how small russet mites are, that’s just about twice the width of human hair!

Russet mites are pale in color, oblong-shaped, and have only two pairs of legs. They are easily distinguishable from other pest mites because of the lack of webbing. Due to their very small size, russet mites can only travel short distances which explains they aren’t likely to move off the host plant. However, they can be carried by wind in outdoor settings or air currents in enclosed grow spaces. Contamination is also possible via human hands and clothing.

It is believed that russet mites have a life cycle similar to that of other eriophyoid mites. Depending on environmental conditions, these mites can complete their life cycle in as short as 7-10 days or as long as 30 days.

Eggs hatch a couple of days after they are laid and larvae emerge three days later.

Larvae then molt into two immature nymph stages—protonymph and deutonymph—before becoming adult russet mites. Females survive up to three weeks and lay anywhere from 10-50 eggs in their lifetime.

Because laws and regulations governing cannabis cultivation are constantly being modified, it is best to seek the advice of a pest control professional specializing in the treatment and management of russet mites and other common cannabis pests.

Ryan Smith is a fully-licensed, bonded and insured master technician at Ant & Garden Organic Pest Control in Beaverton Oregon offering organic and OLCC approved marijuana pest control services. There’s no one more capable at eradicating cannabis pests in Oregon, so give Ryan a call today for a FREE phone-in consultation!

WE'RE HERE TO HELP YOU

YOUR SATISFACTION IS OUR PRIORITY.

Ryan, our fully-licensed master technician and pest control expert will ensure your home is completely free from ants and other pests – all year round.