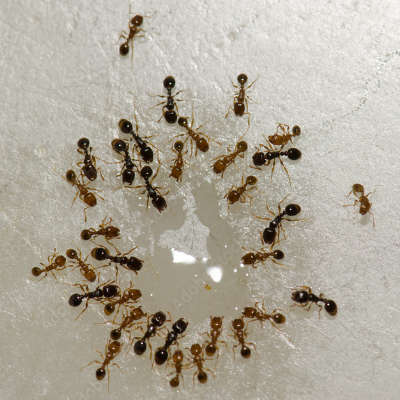 When it comes to ant pest control, Argentine ants can be force to reckon with. This highly invasive ant species is particularly aggressive and can be very prolific breeders. In large numbers, an Argentine ant supercolony can attack and wipe out other ant species. While generally harmless, they can transport bacteria, contaminate food and spread disease.

Argentine ants were endemic to Argentina, Brazil, and some parts of South America until the late 19th century when they found their way to the US on board ships transporting coffee. These days, Argentine ants can also be found in Japan, some parts of Europe, Australia, New Zealand, and South Africa.

In the US, ant pest control companies report having to eradicate Argentine ants in Texas and most parts of the south. However, homes in other states have also sought out Argentine ants control due to isolated infestations. Argentine ants are invasive pests in natural, agricultural and urban habitats and most likely make their way into homes when the weather is either extremely wet or dry. They thrive on honeydew as the main food source outdoors and will go indoors in search of sweets, fats, and oils as a substitute when the food supply dwindles.

HOW TO IDENTIFY ARGENTINE ANTS

Argentine ants (Linepithema humile) are oval in shape and range from light to dark brown or black in color. They have smooth, hairless, and segmented bodies, with worker ants measuring about 1/8 to 3/8 of an inch in length. Argentine ants can be distinguished from other ant species by their pronounced mandibles with 5 to 8 teeth and their antennae which have 12 segments. Queens are slightly larger and measure about ¼ inch. Unlike worker ants that have no wings, queen Argentine ants and reproductive males may have wings. Similar to all other ant species, Argentine ants undergo a full metamorphosis and develop from egg to larva, then pupa to adult. Depending on the temperature, eggs hatch into larvae in about four weeks and reach full adulthood in two to three months. Lower temperatures may slow down their development which is why most of the eggs are laid during the summer months.

While Argentine ants may not have stingers, they can bite humans when provoked, disturbed, or threatened. Thankfully, their bites are harmless and pose no direct health risk to humans. Nonetheless, ants crawl over almost anything along their track to an identified food source—footpaths, trash, garbage piles, sewage, and even animal carcasses—so they can carry along germs and bacteria. This means they can contaminate food items once they reach your kitchen or pantry. Argentine ants are also known to attack nestlings, poultry chicks, and even beehives so Argentine ants control may be needed.

WHAT IS AN ARGENTINE ANTS SUPERCOLONY?

Argentine ant colonies are known to be massive and can be home to hundreds of queens and millions of worker ants covering entire neighborhoods, farmlands, and even city blocks. They’re more prolific in the southern states although colonies may also be found in the Midwest as well as in the Pacific Northwest. For this reason, Argentine ant pest control measures may occasionally be required in these areas at different times of the year. Argentine ants build nests and colonies along damp environments where they have identified a reliable food source. In the outdoors, Argentine ants are more likely to build shallow nests in moist areas like underneath potted plants, rocks, mulch, and yard debris, or even along pavements and home foundations. However, they will readily head indoors in large numbers when outdoor conditions become less ideal for them to survive. Usually, this happens when temperatures drop or when there’s less moisture outside, especially as the summer ends.

In most cases, Argentine ants gain entry into your home via telephone wires, utility lines, or even tree branches that make contact with your structure. Once indoors, Argentine ants usually regroup near areas where there is a steady supply of moisture such as under sinks, near water pipes, beside or under potted plants, or even your bathroom or laundry area. They may also nest in wall or floor voids where the environment may likewise be damp.

HOW TO GET RID OF ARGENTINE ANTS

If you are like most people who would reach for an insect repellent spray the moment you spot ants in your home, then your notion about ant pest control is entirely wrong. In fact, you are even making your ant problem worse. Remember, ants live in colonies so what you’re seeing on the surface is just the tip of the iceberg.

Using ant bait stations is a more effective Argentine ant control method since good ant baits are the best and most reliable way to eliminate ants for the long term. When used properly, ant baits can wipe out an entire colony because foraging ants that discover bait stations will go back to share their haul with the rest of the population. As long as baits get consumed and you’re making sure they get replaced, more and more ants are being eliminated every single day. It may take a while to eliminate larger colonies but ant bait stations are among the safest and most effective ant pest control methods that can eradicate Argentine ants from your home.

It is also a good idea to make use of an outdoor perimeter spray to create a protective barrier that will deter ants and other crawling insects from gaining entry into your home. Just make sure you are using organic and environment-friendly ant pest control formulations that are safe for you, your family, your pets, and even your plants.

HOW TO PREVENT ARGENTINE ANTS FROM INVADING YOUR BEAVERTON HOME

in your yard, making sure nothing touches the sides of your structure.

Clean up your yard regularly

as Argentine ants love to build their nests in yard debris and mulch.

If you’re stacking up on firewood, make sure your pile is at least 20 feet away from your house

so there are lesser chances of ants trailing their way into your home.

Inspect your home for gaps, cracks and crevices.

Seal all points of entry including utility line holes to prevent ants from gaining access into your home interiors.

Check for any standing water around the home and eliminate these (in pots, buckets or even kiddie pools).

For birdbaths and pet dishes, just make sure you refill regularly with fresh, clean water.

and clean up spilled food and drinks immediately.

Opt for covered garbage bins and take out your trash daily. 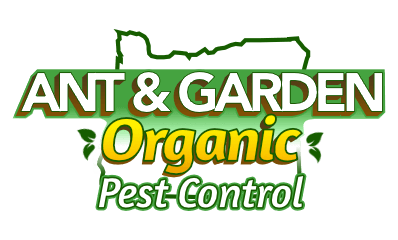 In some cases, an Argentine ant infestation can be more than you can handle. As mentioned earlier, Argentine ants are more aggressive than other ant species and a large infestation can become quite a nuisance or even result in serious damage to your home. For this reason, it is best to call on an organic ant exterminator to do the job for you.

ANT & GARDEN ORGANIC PEST CONTROL in Beaverton offers safe and effective organic ant pest control solutions that will not just kill ants on the spot; they will also tackle entire colonies that remain hidden from your sight. By implementing an integrated organic ant pest control plan that starts off with inspecting your property and correctly identifying your pest ant species, we will then come up with an organic pest control program specifically designed to address your unique ant problem. Then, organic bait stations will be placed along strategic points and a proprietary building spray may be applied to create a protective barrier for your home. Follow-up visits will ensure that our ant pest control treatments are working well so you can be assured your home will remain ant-free the whole year through!

If you’re having a problem with Argentine ants or any other ant species in your home, it’s about time you get complete peace of mind. Get the best ant pest control service there is in Beaverton. Don’t delay. Click here to get in touch with Ryan at ANT & GARDEN ORGANIC PEST CONTROL today.